14th Clash at the Creek brings IMCA Modifieds to 1...

7/24/2020 -
FRANCIS CREEK, Wis. (July 23) – With the green flag laps clicking off, the opportunity Benji LaCrosse has been waiting for finally came on the 36th ti

9/28/2022
(PEDAL DOWN PROMOTIONS) September 28, 2022 – A five-and-a-half-month journey competing against many of the nation’s top 410 Sprint Car drivers at 13 different tracks in three states came to close for Austin Hartmann and the 87A Hartmann Racing Team with a pair of Bumper to...more

9/21/2022
(PEDAL DOWN PROMOTIONS) September 21, 2022 – Throughout his rookie season on the Bumper to Bumper Interstate Racing Association trail, Austin Hartmann has piled up a number of “firsts” behind the wheel of the 87A Hartmann Racing 410 Winged Sprint Car, and the Scott...more

9/15/2022
(PEDAL DOWN PROMOTIONS) September 14, 2022 – After a week filled with long hours spent putting together the team’s back-up car to close out the 2022 Bumper to Bumper Interstate Racing Association 410 Sprint Car Series campaign, Austin Hartmann and the 87A Hartmann Racing...more 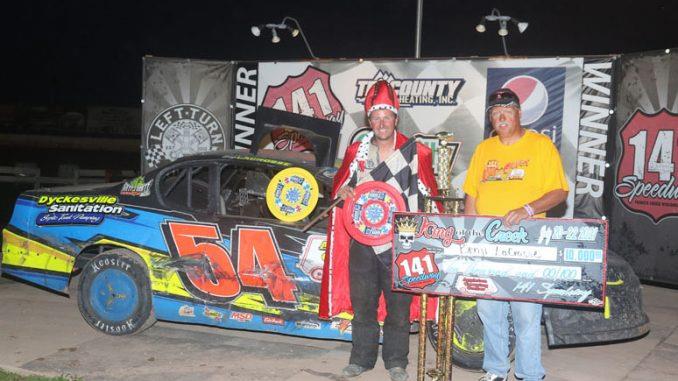 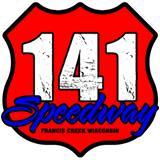 FRANCIS CREEK, Wis. (July 23) – With the green flag laps clicking off, the opportunity Benji LaCrosse has been waiting for finally came on the 36th time around the track Thursday at 141 Speedway.

LaCrosse caught race-long leader Nick Strobbe and then led to the finish of the $5,000 to win King of the Creek main event for IMCA Sunoco Stock Cars.

“It was awesome. I didn’t think I’d catch the 42 car (Strobbe) for a while,” LaCrosse said following the caution-free, 50-lapper and a quick dip in the infield pond at Francis Creek. “I knew I had to get him on the top. His car was really good on the bottom.”

Strobbe, 13th in the event as a rookie last season, started from the pole and led Shawn Wagner across the stripe the first two laps.

LaCrosse made his way to the runner-up spot at that point, running the higher line and chasing the leader into traffic on lap 22.

A car length was the difference between first and second when lap 34 was scored. Strobbe was slowed by traffic on the lower groove and LaCrosse was quick to take advantage and the lead two laps later.

The veteran edged ahead from that point, edging away and taking the checkers two-plus seconds ahead of Strobbe.

Kenny Richards ran third much of the way. Brandon Czarapata and Eric Mahlik both moved up seven spots from their original starting spots to fourth and fifth, respectively.

“The track was beautiful, with multiple lanes,” LaCrosse said. “It was an awesome show.”